MISSIONARY SISTERS OF THE SACRO COSTATO AND MARIA SS. SORROWS 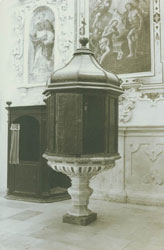 Eustachio Montemurro, Servant of God, is a figure that attracts and inspires priests, religious and lay people, who commit themselves to the path of deeper faith and the integral promotion of man.

Having lived on the cusp between 19th and the 20th centuries, moved by faith, he followed Christ with intense spiritual life and love for God and neighbor. His passion led him to devote himself to the service of the least and most needy.

He founded the Little Brothers of the Blessed Sacrament and the Daughters of the "Sacro Costato".

On this webpage:
​Birth and training
Doctor Doctor and Magnanimous
Promoter of social welfare
Fervent Priest
Founder
The hour of the cross
Emigration to Pompeii
Death of Santa

EUSTACHIO MONTEMURRO
Birth and training                The trauma of the death of so many people, did not hinder him, instead, it developed in him a deep sense of responsibility and commitment to finish his studies ahead of time, distinguishing himself in the areas of Conduct and --profitto---and to enter the classical high school in Matera.
​ 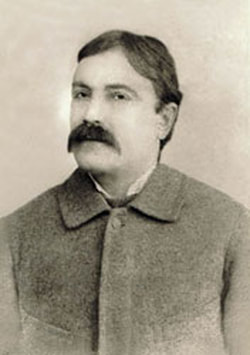 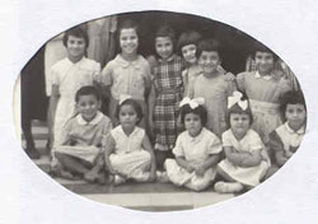 On May 1st, 1908, trusting in the vocation to the religious life of his penitent Chiara Terribile, he founded the Daughters of the Sacred Costato to repair the offenses that the Heart of Jesus receives specially from consecrated persons, and for the Christian and civic education of the people's maidens.

Having founded the congregation, Fr. Eustachio strove zealous to attract other vocations, which began to come in great numbers by 1909. Spiritual Directors in Gravina and elsewhere began to direct young ladies to the Congregation. Jesuit Father Gennaro Maria Bracale, to whom Father Eustachio went for spiritual guidance, also sent some of his penitents among them were Maria Addolorata (Sister Teresa Quaranta) and Teresina (Sister Maria) D'Ippolito.

The establishments of the religious congregations, founded on evangelical poverty and a high regard for saintly life, made Father Montemurro the object of admiration both in and out of the doicese. Many consider him a man of God, an exemplary priest and a zealous apostle of the love of Christ who shows all men and women his pierced side and invites them to draw from his heart the means for their salvation as well as that of others.

​EUSTACHIO MONTEMURRO
LIFE: The hour of the cross

However, some ecclesiastics in Gravina had some reservations. They considered Montemurro's zeal as excessive prompting the bishop of Gravina, Nicola Zimarino to adopt severe measures against him and the congregation.

Just three years after the founding of the congregation, Bishop Zimarino worked through the Holy See for the promulgation of the Decree of the Suppression and applied it in his diocese.

Father Eustachio did not want to cause any displeasure to the Holy Father. So, after doing everything he could to save the congregation, he relinquished the responsibility of their direction. To his spiritual director, he wrote the following:
"Father, I again repeat to you before God and the Blessed Mother, Our Lady of Sorrows, that though considering myself a great sinner, I think that,                           as far as the institute is concerned, I always had before my eyes God's glory for which I strove to consume all the energies I possessed...

​                         Since an order has now come which deprives me of the responsibility of the congregation and decrees that this must be terminated, should I
not rather just obey and let others be concerned, so that the matters be resolved in a more favorable manner?...

If at present I should become a stumbling block, may I be taken away; may I be crushed as long as God be given glory...
If the Lord wants from me this witness of my love for him now, namely that I withdraw myself from the very undertakings where he had placed                             me and that I go elsewhere like an exile seeking refuge, much like himself who wandered through many places, my desire is to please that heart
deserving of worship...

The Bishops from other dioceses, however, were not sure that should put an end to the congregation that appeared so indispensable to their diocese. People appreciated and were benefiting from them. Hence, they tried to rescue them by sending reports to Reverend Del Papa for that purpose.

Bishop Ignazio Monterissi appealed to Pope Pius X to allow the Daughters of the "Sacro Costato" to continue their religious work under his supervision. The petition was successful not only for the house of Potenza but also for those in Minervino (Diocese of Andrea) and Spinazzola (Diocese of Venosa).

In agreement with Fr. Montemurro, the interested bishops considered it opportune to entrust the congregation to the supervision of Saint Hannibale di Francia who agreed to assist his friend so greatly tried.
​
Pius X, with his telegram, before December 8, 1911, allowed the continuation of the female work and with further intervention on June 28, 1913, pray the bishop of Gravina to allow Don Eustachio and his companion, Fr. Saverio Valerio, to go to the diocese of Nola and to do apostolatolic work at the Valley of Pompeii.

On January 7th, 1914, Don Eustachio moved to Pompeii, welcomed with paternal affection by the Pontifical Delegate, His Eminence Augusto Silj, and his beloved friend Bartolo Longo. Later, Don Saverio Valerio also moved to Pompeii to join him in his work.

With serenity and heroic constancy, Don Eustachio resumed his Apostolic Ministry throughout the Valley of Pompeii, spending long hours in the confessional at the comfort of those who go to the Sanctuary of the Virgin of the Rosary; Teaching Catechism to children and adults; giving spiritual direction;  Visiting families in the countryside; Caring for the infirm and dying, especially during the Spanish fever epidemic; and absolute availability for anyone who needs help and comfort.

From Pompeii Don Eustachio follows with patience what was happening to the the Daughters of the Sacro Costato. Father Eustachio did everything in his power to avert the division of the congregation and reconcile the differences. Nevertheless, all efforts from him and others were useless. To him this was the bitter piercing of his heart,as he wrote to Mother Teresa Quaranta.

In this new hour of his painful Calvary, and in a new vision of faith and love, he renewed the total surrender of himself to Christ pierced in his side, accepting as his final sacrifice the suffering and humiliation that the current events were inflicting upon him. Physically exhausted and consumed by the love of God and his brethren, Father Eustachio completed his earthly journey on the morning of January 2, 1923.